When I cofounded a creative agency in 2016 I was advised to take any meetings with any prospective clients. Despite being called Female Narratives, it was better to cater to all potential business. A year ago, we got an email from a man who had recently started a beauty brand targeted at millennials. He wanted marketing advice, and was looking for ways to collaborate. The brand’s Instagram was a mess, but it showed promise so my cofounder and I took the meeting. I think he was a bit surprised by our ages (I'm 27, so he was at least 15 years my senior) when he saw us at first. He proceeded to talk about KPI and conversion rates, paying influencers for ads and selling direct through swipe-up links. He seemed very confident on his strategy and didn’t ask any questions. Eventually I stopped him to offer my thoughts on what I felt he was missing: on building a brand identity first; on the power of real community and aesthetic consistency, which cannot be achieved through filling your feed with paid influencer reposts. He interrupted me and adopted a very ‘but what do you know’ attitude.

I appreciate that I’m young but, I'm his target audience. I pointed this out and he was bullish, saying I was just "one of" his target groups. It felt like he had invited us there to talk at us rather than with us. I listened to his data-driven ideas politely, but all I could think was, "Surely I am more your target audience than you are, so shouldn’t you really be listening rather than lecturing?" If not, then what was the point of the meeting?

We said our goodbyes, keeping all options on the table as always. That afternoon he emailed my cofounder, on our company address, to follow up and wrote: "Tijana was pretty full-on – is she always like that?"

"That afternoon he emailed my cofounder, on our company email address, to follow up and wrote: 'Tijana was pretty full-on – is she always like that?'"

I’ve debated for a long time in my head what this was supposed to imply, but instinctively I took it as offensive and I’m sure that was the intention.

First of all, if ‘full-on’ means that I’m passionate about my business, building communities and protecting authenticity then yes, I’m full-on. Second, if I were a man of his age, with a finance background like him and had given him the same advice would I still be considered ‘full-on’ or would I instead be insightful, well-versed, maybe even smart? And third, why on earth would he think that my cofounder would respond to that question in his favour? What did he think she would reply? It’s as if he was jabbing her in the ribs with his elbow doing the old ‘don’t you agree’ face hoping she would laugh and say, “Yeah, she’s super full-on, sorry about that!” On what planet would this happen?

Everyday sexism for women, especially in business, is a barrage of dozens of small things like this. It’s cumulative. It stacks up until it becomes a weight we carry around – a fear of being too passionate, too smart, too confident, too headstrong that we might make other people feel like we are being too ‘full-on’. And when we do get told this, it’s like a slap on the wrist and we are expected to crawl back into our box and stay there.

Although this is just one small off-hand comment, it is worth analysing; for all that is unsaid and all that is implied. We should not feel ashamed to have an open conversation about this for fear that it’s ‘not a big enough problem’ because regardless of size it’s still not OK.

I called this email out on my Instagram the same day because I was so furious. I wanted to know what others thought. Was it offensive, or was it just me? I got so many replies.

Many women sighed and said this happens all the time but, sided with me that it wasn’t OK. A lot of men replied that it was totally out of line, and others thanked me for pointing out that this was offensive, so that they would think twice before doing anything similar.

Then I started to get messages saying I should take the post down because it was bad for my business. They said calling out a prospective client's email (even though I removed his name and company from the image and my post only displayed that one line of text) would be detrimental for us – other clients would shy away for fear I might call them out or worry that our correspondence was not private. They said I shouldn’t alienate possible clients and that if this man found out what I had done he surely wouldn’t want to work with us. My company was bigger than me and I was being petty. To my biggest surprise, this stern advice came exclusively from women. 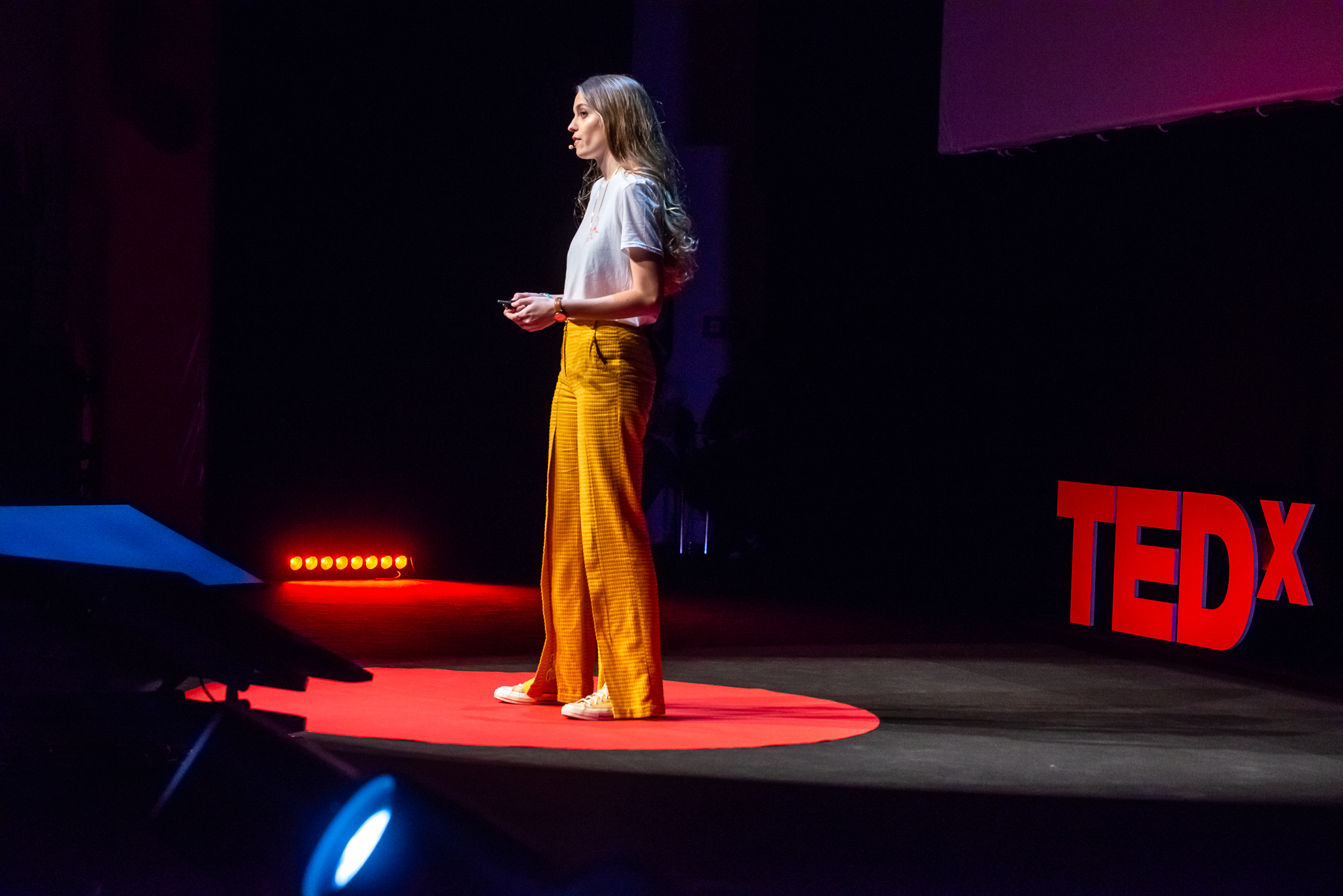 This brought me to a much bigger question and conclusion, both for myself and for my company: the idea that we have to be everything to everyone and work with any client who will pay is wrong. We cannot please everyone. The idea that I should overlook small things for the sake of business and should just get used to it is also wrong. I do need to choose what my values are, what our culture is, and work with brands that align with that. If there is a brand that saw my post and didn’t want to work with me for fear that I might call out their offensive comments, then frankly I don’t want to work with that company, and I don’t have to. On the contrary, I want to work with brands that see my post and think, "Yes! I want to work with this agency that has strong values and isn’t afraid to be vocal about them."

The truth is, if you don’t stand for something you will fall for anything. So make a stand wherever you feel is right, and if that means you lose a client or followers or money, it will also mean that you will attract the right kind of future business. Because if you are building a business that takes up almost all of your time, energy and resources, you might as well be pretty full-on about it.

Read More...
Build
7 Women On The Highs & Lows Of Working From Home
Believe
Ambition Took Me To The Top Of The Ladder, Then I Wanted To Get Off
Build
How To Stay Balanced When Your World Is Upside Down
Sign up to the AllBright Edit Newsletter
We don't send emails often, but when we do they're really good
About Allbright
Terms and Conditions
Privacy Policy
FAQs
Careers
Contact